“Titanic” Oscar winner James Cameron, 46, and his fifth wife wife, actress Suzy Amis, 39, have a new baby, born four weeks ago, according to TV’s “Access Hollywood.” No further details were released, but a spokesperson for Cameron’s Fox TV show “Dark Angel” says that a detailed announcement is due to be released soon. Talk about being in the “Dark.” Cameron has a stepson, Dalton Abbott, born in 1989, and a daughter, Josephine Archer, born in 1993. Josephine’s mother is Cameron’s ex, actress Linda Hamilton. 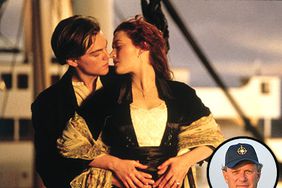