Police have revealed that 10-year-old Caleb Schwab – who was involved in a fatal accident at Schlitterbahn Water Park in Kansas City on Sunday – died of a “neck injury,” PEOPLE confirms.

Caleb was found dead at the bottom of the slide in the pool and police confirm to PEOPLE that he had been decapitated.

Witness Kelsey Friedrichsen, earlier told PEOPLE that she and her boyfriend were on their way up to the top of the 168-foot Verruckt water slide for their scheduled 3 p.m. ride when they saw a large group gathered at the bottom.

“There was a woman being treated for some kind of injury on her face and head,” Friedrichsen, 27, told PEOPLE. “That was when my boyfriend said, ‘I think there is someone else.'”

What her boyfriend Josh Foster pointed out was first responders covering the body of 10-year-old Caleb. Two women in the boat with him – neither related to Caleb – suffered minor facial injuries.

“It looked like he must have somehow been ejected from his seat, bounced around between the netting and the slide and just slid down,” Friedrichsen added. “He would have fallen down without the raft. It’s kind of like a tube.”

Another witness Esteban Castaneda told ABC News that he and his 14-year-old cousin had ridden the slide earlier that day and the teen told him that towards the end of the ride, the Velcro on her belt had come undone.

Since the incident, PEOPLE has learned that Verruckt’s scheduled 2014 opening was delayed multiple times due to glitches, including one issue that caused water rafts to fly off the slide and into the air.

“We had many issues on the engineering side,” Jeff Henry, Verruckt creator and Schlitterbahn co-owner told USA Today. “A lot of our math was based on roller coasters at first, and that didn’t translate to a water slide like this. No one had ever done anything like this before.”

However, Henry clarified that now that the ride is open, it still hazardous, but in the safest way.

“It’s dangerous, but it’s a safe dangerous now,” he added. “Schlitterbahn is a family water park, but this isn’t a family ride. It’s for thrill seekers of the world, people into extreme adventure.” 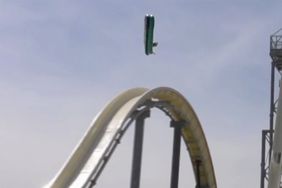 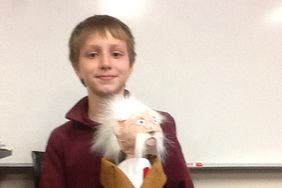 Scott Schwab Speaks Out on Death of Son Caleb at Water Park: 'From the Depths of Our Hearts, We Thank You' 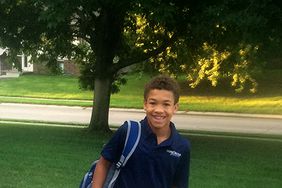 Kansas Boy, 10, Was Decapitated on Water Slide, But Murder Charges Against Park Are Dismissed 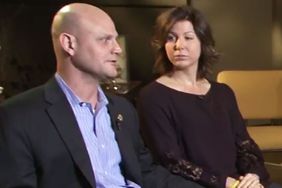 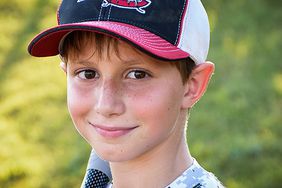