The ceremony reportedly took place in Paris, where the two spent a week at the Hotel Ritz and were photographed walking around the nearby Place Vendome wearing matching berets.

“We did it – we’re married!” Fisher told friends in an e-mail, reports Women’s Day. “It was the absolute best day of my life and in so many beautiful moments I missed you all so much. I thought of you as everything was happening, but Sacha and I wanted no fuss – just us!”

The couple, who have been together for about eight years, have a 2-year-old daughter, Olive, born in 2007.

Fisher is currently filming the black comedy Burke & Hare for Animal House director Jon Landis in London. In May, Baron Cohen is set to go before the cameras in Paris for Martin Scorsese’s Invention of Hugo Cabret, adapted from Brian Selznick’s historical novel.

Born in England and educated at Cambridge, Baron Cohen, 38, is notoriously reticent with the press, rarely giving interviews out of character. But he may have given Fisher a sly compliment at the Sydney premiere of Borat in 2006, when he told reporters, “I would very much like to find an Australian wife. My preference is for woman who has more hair on head than back.”
PHOTOS: Surprise! We’re Married!

Fisher, 34, was born in Oman but raised in Australia. She got her acting career rolling in the mid-’90s on the Aussie soap opera Home and Away, but she’s also written two best-selling teen-romance novels. She is best known for her film work in Wedding Crashers and Confessions of a Shopaholic.

She told a British newspaper in 2005: “Sacha makes me laugh more than anyone, which is why I’m marrying him.” She added: “I find weddings really boring. They give speeches, your aunt kisses you on the cheek, and you’re at a boring table. But it’s different when it’s your own.”

The show also featured Baron Cohen as Borat, the Kazakh journalist; and Bruno, the gay Austrian fashionista. Both of those characters were the basis for feature films.

• With additional reporting by PETER MIKELBANK

Isla Fisher on the Perils of Dating Sacha Baron Cohen 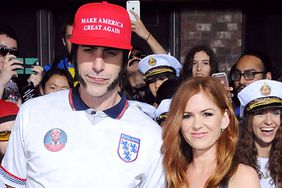 The Wild World of Borat 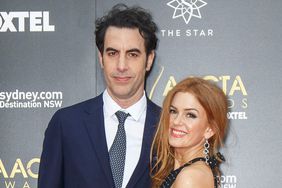 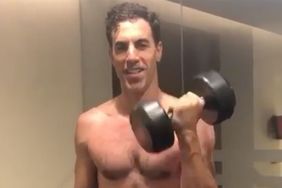 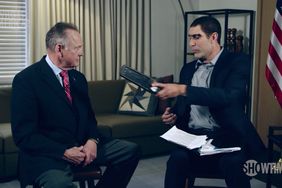