... BUT GRAMMY MAY LOVE LAURYN

With 10 nominations, Lauryn Hill is considered one of the front-runners at the 41st annual Grammy Awards tonight. Hill leads a female charge for the Grammys, with eight of the 10 nominations for Record and Album of the Year going to women. Hill will go up against Sheryl Crow’s “The Globe Sessions,” Madonna’s “Ray of Light,” Shania Twain’s “Come on Over” and Garbage’s “Version 2.0” for Album of the Year. She’s also nominated for Best New Artist, Female Pop Vocal Performance, Female R & B Vocal Performance, R & B Performance by a duo with D’Angelo, twice in the R & B song category, R & B Album and Rap Solo Performance. Others with multiple nominations are Crow and Twain, with six apiece; Madonna with five; and Brandy, Celine Dion, gospel singer Kirk Franklin and country artist Vince Gill with four each. Rosie O’Donnell will host the show (from L.A.’s Shrine Auditorium), which is expected to be watched by about 1.6 billion people in 195 countries. 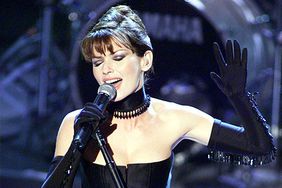