Grammy-nominated rap artist Busta Rhymes, 26, was charged with criminal possession of a weapon after police in New York said they found a loaded handgun in his Mercedes when he was pulled over Sunday, allegedly for driving erratically. Rhymes, whose real name is Trevor Smith, was driving with his business manager, Gerald Odom. A complaint filed Monday said authorities also found a small quantity of marijuana in Odom’s pants pocket. Odom, 25, faces the same weapons charge and a possession of marijuana charge. The men were released pending a Jan. 28 court appearance. 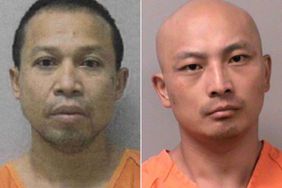 3 People Murdered Execution-Style in Wisconsin, Witness Says It Was Revenge for Stealing $600