Buddy Holly’s relatives sued the singer’s record label, alleging the company hoarded royalty payments, forged contracts and produced albums without family consent. The lawsuit against MCA Records seeks unspecified damages, but the family’s attorney, Kevin Glasheen, described it as a multi-million-dollar case. “It’s bad form to steal from a dead man, but unfortunately in the music industry it happens,” Glasheen said. The plaintiffs are Buddy Holly’s widow, Maria Elena Holly; his brothers, Larry and Travis Holley; and his sister Pat Holley. (The singer dropped the “e” from his family’s last name.) Buddy, whose hits include “That’ll Be the Day,” “Peggy Sue” and “Maybe Baby,” died in a 1959 plane crash. He was 22. 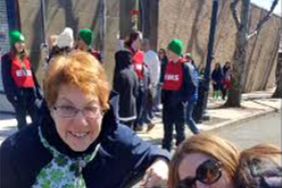