The All the Way cast was wowed by the performance

Bryan Cranston and his All the Way costars spent their Sunday night in New York City at a performance of Wasabassco at Bathtub Gin, a burlesque show that takes place at a private cocktail lounge full of prohibition era décor – even including a trademark copper bathtub.

Cranston and company watched Wasabassco performers Evelyn Vinyl, Hazel Honeysuckle, Penny Wren, Medianoche and host Nasty Canasta in the show. The All the Way cast was very engaged and cheerful during the entire performance, afterwards giving the compliment, “That performance was absolute art,” a source tells PEOPLE.

Having won the Tony for best leading actor and helping his cast taking home the Tony for best play, Cranston, 58, is an avid supporter of live performance. The cast was seen cheering and clapping throughout the show. “This was one of the best crowds we’ve ever had,” a Wasabassco performer tells PEOPLE.

Wasabassco is no stranger to celebrity appearances. The twice-a-week burlesque show has drawn John Stamos, Olivia Wilde, Alan Cummings and more stars to its audience. 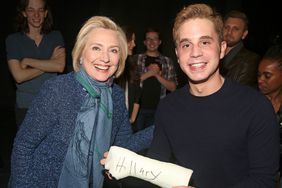 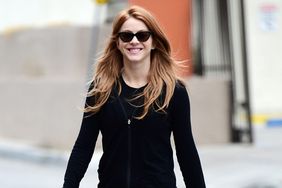 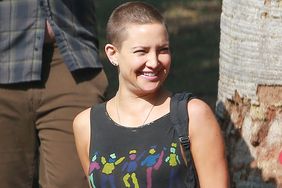