Bruce Gets His Own

In an attempt to boost tourism, Hong Kong plans to build a memorial gallery for the late Kung Fu star Bruce Lee and to set up a Hollywood-style “Walk of Fame” to honor director John Woo and Hollywood stars Jackie Chan, Chow Yun-Fat and Sammo Hung. City councilors have approved plans to erect a Bruce Lee Memorial Gallery as part of the Hong Kong Film Archive, a publicly funded library and museum for the city’s world-renowned film industry. The San Francisco-born Lee helped popularize Chinese martial arts in the West through a series of Kung Fu films before his sudden death of brain edema in 1973 at the age of 33. 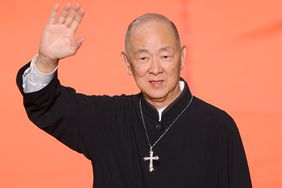 Feat of the Feet