On first glance it almost looked like Britney Spears and her estranged husband Kevin Federline were reuniting.

On Saturday, Spears was spotted zipping around off Marina del Rey on a private powerboat with a guy whose buff body, carefully groomed stubble, low-slung, underwear-flashing jeans, and kerchief were straight out of Federline’s style book. But the singer’s new companion is actually model-actor Isaac Cohen, 25.

During their day on the water, a bikinied Spears appeared relaxed and content to enjoy the California sun and share an occasional warm hug with Cohen. The next night she and her new guy turned up at the W Hotel’s Whiskey Blue bar in Westwood, Calif.

Cohen “is not a player,” his agent at L.A. Models, Brandi Lord, tells PEOPLE. “He’s got a great heart and a good family, and he was raised well. He’s a gentleman.”

Zooming into 2007 in much the same way she closed out 2006, Spears, 25, has been moving full speed ahead: partying in L.A. and jetting to Sanctuary Camelback Mountain Resort and Spa in Paradise Valley, Ariz., where she stayed in a $4,000 per night rental house.

As for Cohen, Lord says that his relationship with Spears began “recently … within the past month.” The L.A.-area native “is not out to get a name for himself,” says Lord. “He’s not just a pretty boy.”

For more on this story, pick up PEOPLE, on newsstands Friday. 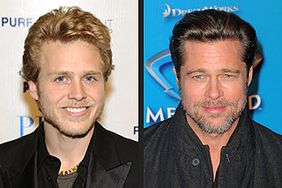