Perry Taylor, who once worked for Spears, was hired as Law's protector

So has Law hired Spears’s former bodyguard to protect him? Not exactly.

“While Perry Taylor is a great guy and a thorough professional, he is not working for Jude,” a rep for the British star tells PEOPLE exclusively. “He was hired by the studio to work with Jude during the Toronto Film Festival and the New Orleans premiere of All the King’s Men.

Taylor was first noticed over the summer when he was spotted multiple times with Spears: He was photographed carrying then 9-month-old Sean Preston and pushing his stroller, as well as picking up groceries and bouquets of flowers.

Rumors spread that the onetime bar bouncer and ski instructor was a “manny” for the pop singer’s son, though a source close Spears told PEOPLE in June that wasn’t true.

Asked why he was frequently holding the baby, the source said: “He’s not her nanny. He’s protecting Britney and he’s protecting the child.”

An officer and a gentleman. Jude Law’s in good hands.

Britney Spears 'Not Dating' Her Bodyguard 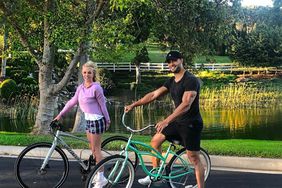 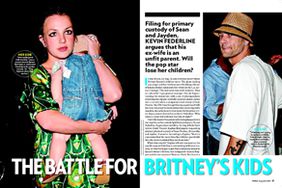