Britney with a Bang

What Britney Spears has done has made history. Her second album, “Oops! I Did It Again,” racked up sales of more than 1.32 million copies last week (more than 10 times the number of first-week sales of her multi-platinum 1999 debut, “Baby One More Time”), according to SoundScan. “I feel incredibly blessed,” Britney told the New York Post through her publicist. The teen queen has set a new benchmark for first week sales for a single female artist or group, shattering the record of the previous holder, Alanis Morissette (whose “Supposed Former Infatuation Junkie” sold 469,054 CDs in its debut week). Debuting at No. 1 this week on the Billboard 200 list, “Oops!” unseats *NSYNC’s “No Strings Attached.” Britney, whose Fox TV special will air on June 7, is currently rehearsing for her upcoming summer tour. 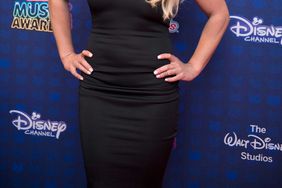