Britney Spears opens up about raising sons, date nights with her new man and whether she’ll marry again. Subscribe now for an inside look at the pop star’s life, plus exclusive at-home photos, only in PEOPLE.

Britney Spears may be busy working on her own sexy new single, but she’s also a music geek who finds inspiration from other artists.

Whether it’s chilling out to India Arie or getting pumped up by Taylor Swift tunes before hitting the Vegas stage, Spears’s musical taste runs the gamut.

Here’s a glimpse at the pop star’s go-to play list:

Her sweat-it out song
“I listen to a lot of Usher, Pink and Katy Perry when I work out,” Spears, 31, tells PEOPLE. “They’re so inspiring!”

Her favorite jam with her sons
“The boys love Bruno Mars‘ Uptown Funk – because he’s so funky,” she says.

Her pre-show pump-up
“I like to listen to Taylor Swift before I go on stage,” Spears says. “She’s uplifting! I love Blank Space.

For more of Spears’s exclusive interview and to see our at-home photo shoot, pick up the latest issue of PEOPLE, on newsstands now 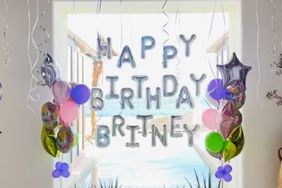 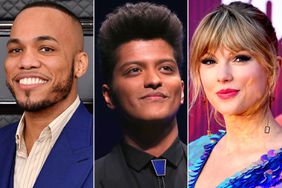 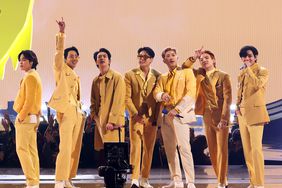 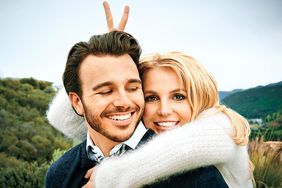 Britney Spears and Charlie Ebersol: Inside Their Romance 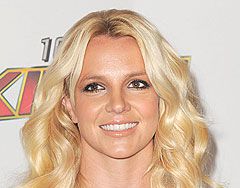