The pop star, who's in the middle of a divorce, is buying a $7.2 million Mediterranean style home

Britney Spears has moved into a new house – a $7.2 million Mediterranean style home in an exclusive gated community off Mulholland Drive in Beverly Hills, according to real estate sources.

Spears, 25, has already left the Malibu mansion where she lived with her estranged husband, Kevin Federline, and their two children.

“She’s moved in,” said one nearby homeowner who asked not to be identified. “She’s a neighbor.”

The new 7,453-sq. foot house has five-bedrooms, six-and-a-half bathrooms, a pool, media room, library and a terrace with a view of Los Angeles, sources say.

Although the property is officially listed as being in escrow, Spears liked the house so much that she has taken possession of the dwelling and the previous owner’s contents.

And the pop star isn’t the only celebrity in the community. Ed McMahon lives nearby, and Gwen Stefani recently bought a house once owned by Jennifer Lopez for more than $13 million, that’s just around the corner.

Given all the high-profile neighbors, the new community will afford more privacy for Spears and her two sons, Sean Preston, 1, and Jayden James, who was born in September.

“It’s a great gated community where the tour buses won’t be stopping at your front door or lookiloos driving by,” said Kurt Rappaport, president of Westside Real Estate Agency. “She got good value for the property.” 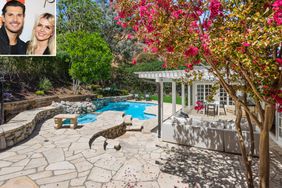 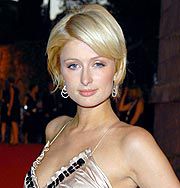 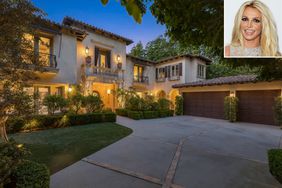