Federline's attorney is gathering evidence for a custody trial in April

Lutfi has avoided the questioning for months, having evaded being served a notice to appear by Federline’s legal team.

Last August, former Israeli commando Aaron Cohen, hired by lawyer Mark Vincent Kaplan, tried to subpoena Lutfi by boxing in his car in L.A., but failed to serve him.

Lutfi was finally served on Nov. 7 “in the parking lot of a place in Hollywood,” Kaplan told PEOPLE, but pulled a no-show for at least one appointment in November.

Kaplan is gathering evidence in a series of legal interviews of former Spears associates to prepare for trial in April for Federline’s request for primary physical custody of the ex-couple’s children.

Spears herself has only completed two sessions to date, after missing numerous appointments with Kaplan. 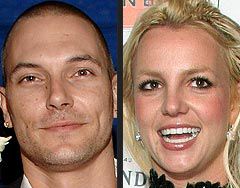