The National Enquirer celebrity magazine has apologized to Britney Spears in its British edition for reporting that the pop star was ready to divorce her husband Kevin Federline.

“In the 5th and 12th June 2006 issues of the U.K. Enquirer, we published articles under the headlines ‘Britney Marriage is Over!’ and ‘Britney and Kevin: And Now Their Divorce!’ ” the Enquirer said in its latest edition on newsstands on Tuesday.

“Contrary to what our articles might have suggested, we now accept that their marriage is not over and they are not getting divorced,” the British National Enquirer added.

“These allegations are untrue and we now accept Britney’s position that the statements are without foundation. We apologize for any distress caused,” it added.

Paul Tweed, Spears’ libel lawyer based in Belfast, told the BBC that the apology was a “rare if not unprecedented gesture.”

While it was not clear if the articles also appeared in the U.S. edition, the successful legal action against the British National Enquirer highlights how the country’s libel laws are considered more plaintiff-friendly than in the United States.

London is dubbed the libel capital of the world, because the burden of proof is on a publication that produces contentious material, as opposed to in the United States where the claimant must prove an article is either wrong or printed maliciously.

Spears, 24, has seen her marriage and parenting skills under a media microscope in recent months, and in an interview aired in the United States in June she admitted to being an “emotional wreck.”

She has denied she is estranged from her husband, saying he had helped her weather the ups and downs of her second pregnancy.

Spears married dancer Federline in September, 2004, and gave birth to their first child, a son named Sean Preston, the following September. Federline has two other children by his former girlfriend, actress Shar Jackson. 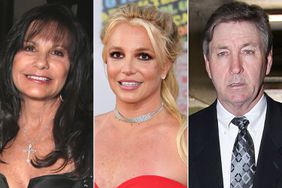