"Devastated" Ryan Gosling fans take to the street, while the magazine stands by its choice of Bradley Cooper

There are a lot of protests going on in New York City these days, but this was unexpected.

Call it Occupy Sexy. Announcing themselves from the social-content website BuzzFeed.com, about 15 protesters in Ryan Gosling masks showed up – in the rain, no less – outside PEOPLE’s headquarters at Manhattan’s Time-Life Building on Wednesday.

Facebook users also got into the act with an entire page devoted to The Pro-Gosling People Magazine Protest, illustrated with this week’s cover of Cooper with a great big red X over it. (Gosling’s photo is circled. What, no heart?)

Of course, Gosling is in the issue that hits newsstand Friday, along with 123 other hot guys.

As for the equally ab-tastic Cooper, “We stand by our man!” says PEOPLE’s Executive Editor Liz Sporkin. “Bradley Cooper is the whole package. He’s gorgeous, talented, brainy, loves his mom, can cook up a storm and speaks fluent French! Who can argue with that?”

• With reporting by PAUL CHI 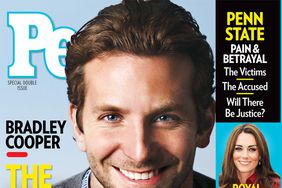 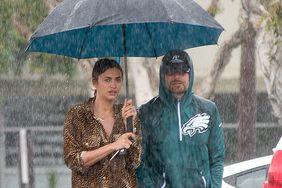 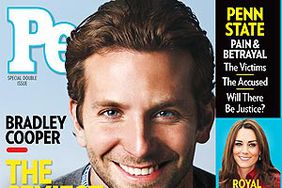 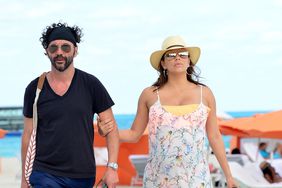