The Sports Illustrated swimsuit model, 29, and the actor, 40, embraced in the clear waters as Shayk held tightly to a set of stairs. Shayk’s toned figure was on display in a neon yellow string bikini, her wet hair held back in a ponytail.

Cooper proved to be a one-suit kinda guy, wearing the same bright orange trunks he donned most of the week, this time leaving a bit less to the imagination.

A source told PEOPLE that the couple spent time at Le Sirenuse, a luxury hotel in Positano, during their trip, but new photos appear to be taken at the famously picturesque Il San Pietro beach.

“They were very playful and loving,” an observer told PEOPLE of their body language during the getaway. “They were completely wrapped up in one another and having a great time.”

The Wet Hot American Summer star and the Russian-born beauty have been seen together since April – and their European trip is not the first time the pair have been spotted sharing a smooch.

Shayk has publicly supported her Burnt star beau in recent months, attending a performance of Cooper’s The Elephant Man in London in late April.

Cooper split from girlfriend Suki Waterhouse just a few months before linking up with Shayk, who ended her long-term relationship with soccer star Cristiano Ronaldo in January. 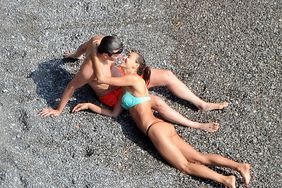 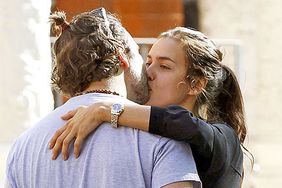 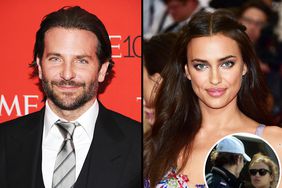 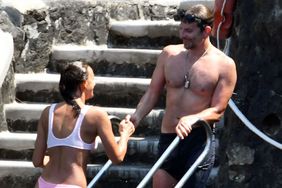 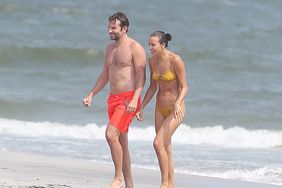 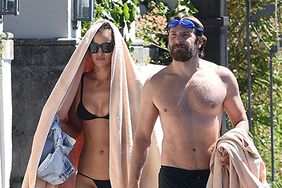 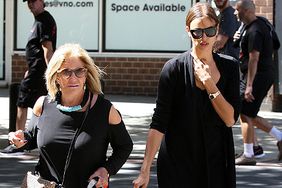 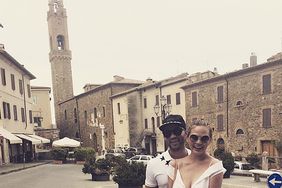