Hollywood is still reeling from news that Angelina Jolie and Brad Pitt are divorcing – one of the most high-profile splits in recent memory. Now, new allegations that Pitt may have been abusive to their children could have an impact on legal proceedings.

Days after Jolie, 41, filed for divorce from the 52-year-old actor, requesting sole physical custody of their children, PEOPLE confirmed Thursday that Pitt is under investigation by the L.A. County Department of Children and Family Services for allegedly getting verbally and physically abusive with one of the couple’s six kids.

Legal experts say that the allegations may affect the divorce and custody of the couple’s six children (Maddox, 15, Pax, 12, Zahara, 11, Shiloh, 10, and 8-year-old twins Knox and Vivienne) – if the claims turn out to be true.

“The results of the investigation will only impact the parties’ divorce if it’s found that he did in fact abuse the children,” Jacqueline Newman, a New York-based lawyer who deals with high-net-worth and high-profile clients, tells PEOPLE. (Newman is not involved in Jolie and Pitt’s divorce case.)

“If this is an isolated incident it won’t have a lasting effect on the ultimate custody case … If this isn’t a pattern of behavior, then I don’t see Brad [having to have only] supervised visits with his children or his access being limited because of the allegations.”

Pitt is accused of getting “verbally abusive” and “physical” with one of his children with Jolie last Wednesday on their private plane while their other kids were present, a source told PEOPLE. .

The complaint allegedly also claims Pitt was inebriated at the time. A source with knowledge of the situation previously told PEOPLE that the actor has been interviewed by the DCSF and is cooperating fully with the investigation.

“He takes the matter very seriously and says he did not commit any abuse of his children,” a source close to Pitt told PEOPLE.

Newman says it will ultimately be up to the courts to determine final custody arrangements, and “the standard the court’s going to use is the best interest of the children.”

However, she adds that if the allegations against Pitt are proven to be true, Jolie could file for a restraining order against the actor and her attorneys could request an emergency hearing to determine how much access Pitt will have to the children.

“If, in fact, she truly does believe that [Pitt is] a danger to the children, she wouldn’t allow there to be supervised access [to them],” Newman tells PEOPLE. “If she doesn’t truly believe that these children are in danger, then I don’t see her making this larger than it has to be.”

As for Pitt, Newman says it is in his best interest to cooperate fully with the investigation.

“Other than that, he should try to get immediate access to his children to dispel this,” she says. “His next steps should be trying to get some sort of access with his children and sitting in a room with [Jolie] to try to settle this thing.”

Jolie and Pitt were married for two years and together for 12. 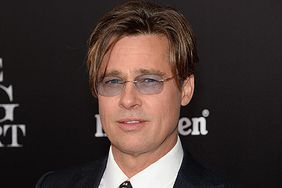