Brad Pitt: Back to Work on 'Ocean's Thirteen'

He took an extended vacation from movie-making – and became a dad – but Brad Pitt had no problem getting back in character for Ocean’s Thirteen.

Pitt, 42, has been filming the third Rat Pack-style heist caper in L.A. and Las Vegas with George Clooney and Matt Damon – and enjoying set visits from Angelina Jolie and kids Maddox, 4, Zahara, 20 months, and 2-month-old baby Shiloh, PEOPLE reports in its new issue.

The actor “is happily splitting his time between the film and his family,” says a source close to Pitt, “but his top priority continues to be his kids. Things are great for him right now.”

That’s not to say he isn’t having a blast with his costars. “These guys are amazing together,” says one set source. “It’s like they’ve never been apart. They’re working hard, but they’re having a lot of fun making the movie.”

Says another on-set observer, “it’s been like coming back from summer vacation and being with your friends. Just guys out there having fun.”

Still, that fun doesn’t include much after-hours carousing for the newly family-oriented stars (Damon, like Pitt, is a new father – he and wife Luciana welcomed daughter Isabella in June, and he’s stepdad to Luciana’s daughter Alexia, 8). “They have a great time working together,” says a source, “but they’re on the set at 5:30 in the morning.” 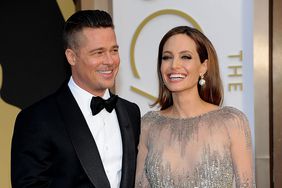 Matt Damon: My Daughter's a Jet-Setter 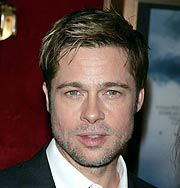