Congratulations are in order for Brad Garrett.

The Everybody Loves Raymond star is engaged to his girlfriend IsaBeall Quella, the actor's rep confirmed to PEOPLE.

"Brad proposed to IsaBeall after being together seven years on Dec. 27, 2015, in the Winston Churchill suite at New York's Waldorf Astoria as singer/songwriter Marc Cohn played the couples favorite songs on piano," Garrett's rep said in a statement.

Garrett, 56, recently stepped out with Quella on the red carpet at the 2016 Emmys, where his show Fargo was nominated for the outstanding limited series award.

"So grateful to have had this amazing, kind, handsome man as my date last night," Quella, 32, gushed on Twitter with a selfie of the two that night. "#TookHomeThePrize #WasntEvenNominated."

Quella also tweeted a sweet birthday message for the Emmy-winning star in April.

"Wishing the happiest of birthdays to the love of my life," she wrote. "#56 #JustKeepsGettingBetter."

Last year, Garrett joked about the 24-year-age difference between he and Quella in an interview with Entertainment Tonight.

"I'm with someone now who's a little young," Garrett said. "We had an AMBER Alert the other night when we went to the movies."

He also quipped about his famous pals teasing the couple.

Garrett was previously married to Jill Diven for seven years before they divorced in 2006. The former couple share two children: son Max, 18, and daughter Hope, 16. 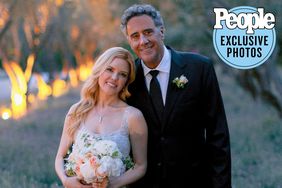 Brad Garrett Is Married! 'Everybody Loves Raymond' Star Weds IsaBeall Quella: 'The Love of My Life' 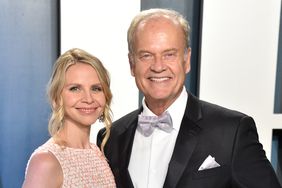