After opening up in a bombshell 20/20 interview about his life with his ex-wife Whitney Houston, it's hard to imagine there are even more shocking details about his volatile marriage to the late superstar. But in his 2016 memoir Every Little Step, the singer made many shocking claims about his relationship with Houston, from drug use in front of their late daughter Bobbi Kristina to explicit details of infidelity and physical abuse.

"It was disturbing," Houston's mother Cissy told PEOPLE exclusively after watching Brown's ABC interview. "I am deeply disappointed that this interview to promote the story of Bobby's life seemed to be more of an exposé on Whitney's life."

However, a Brown family source maintained Brown just wanted a chance to have his say. "He made some mistakes that he paid very dearly for, but his story isn't over," the relative told PEOPLE. "Bobby is spending the rest of his life making good choices and leading his family the right way."

1. Brown and Houston were often high in front of Bobbi Kristina

According to a family source, Bobbi Kristina often looked after the singer. "Bobbi said Whitney wasn't feeling well, so [she] put her to bed," recalled the source of the then pre-teenager. "I went upstairs to her bedroom and the room was a disaster."

"For some reason Whitney's drug use got worse after Bobbi Kris was born. Maybe it was because she had to stop using all those months while she was pregnant, but she resumed with a vengeance," wrote Brown in his book. "I would try to keep Whitney locked in the room, telling her she shouldn't come in front of our daughter because of the way the drugs affected her. But I couldn't police Whitney; nobody could police Whitney. She did what she wanted."

Added Brown: "Our daughter was growing up in the middle of all of this. She often saw her mother and father high, and was around the two of us when we were f----- up. We tried to keep it away from her, but it was hard for us to see her only when we were sober. How much quality time can you spend with your daughter when you're high all the time? I would get really mad at Whitney, scream and yell that I wanted a divorce. This went on for years and years. Our daughter saw it all. When I think about it now, I just feel enormous pain. We failed her."

2. Whitney had a strong sexual appetite

After Houston's death in 2012, a close family friend told PEOPLE Houston and Brown "had this sort of Bonnie and Clyde mentality where it's them against the world." Added a music source: "She loved him. She truly did. In some ways, Bobby provided stability in her life and she had someone who truly cared about her."

"Nip was an incredibly sexual, sensual being. For me she was just like a sexual magnet. Whenever I saw her, I just wanted to touch her," wrote Brown in his memoir. "I'm also a very sexual person, so we were an explosive combination. When you watch footage of us together back then and you see us hanging all over each other, that was real. We probably had just finished f------ or were about to slip away and get busy."

3. Whitney was a victim of domestic violence

In 2003, Brown was reportedly charged with misdemeanor battery related to domestic violence, though Houston told Redbook in 1999: "I do the hitting."

"Whitney tried to stop me from beating up the dealer, but I was not having it. I turned around to her, drew back my hand, and smacked her across the face," wrote Brown in his memoir of the incident. "The moment it happened, I was stunned and full of regret. I knew I had stepped across some line, a step I would never be able to undo. The circumstances of the blow, how much she might have done to incite me, wouldn't matter. From that moment on, I would forever be a wife beater."

Before Houston's tragic death in 2012, the exes "had finally gotten to a place where there was no drama at all," a close relative told PEOPLE. "He loved her as the mother of his child and as a woman who he had spent his youth with." However, their road to a peaceful relationship certainly wasn't easy.

"In fact, she cheated before I did. She slept with quite a few of the producers and artists that she worked with or associated with other the years," Brown claimed in his new book. "I won't drop any names here because they're still around and a few view me as a friend. When I found out about the first one, I was blown away. I thought, 'Okay, okay, you gonna play me like that? I'm not that type of dude, but if you can do it, I can do it too'"

5. He alleged that Whitney once faked a miscarriage

"As soon as I arrived, I started to get suspicious. I'm no medical doctor, but she was not acting like a woman who was in the throes of mourning a lost baby. As a matter of fact, she was back to filming just a couple days after it had happened. I never saw any evidence of her pregnancy or her miscarriage, so I started to think the entire story was a ruse created by her PR team," claimed Brown in his book. "When I confronted her about it, she was insistent. 'Bobby! Yes, I was pregnant!' she said. But I didn't believe her. To this day, I believe her pregnancy was a story that was concocted by her people to explain to the public why she would marry Bobby Brown."

6. Whitney helped Bobby with his singing and he helped her with her dancing

"She taught me how to use my voice, how to blend my notes, how to chop my voice when I needed. She was a great teacher. First of all, just to be around her when she was singing, to watch how effortlessly she did it, made you want to be better as a singer. That's what she did for me."

"While she taught me how to sing, I taught her how to dance. At first, she was uncomfortable with dancing. Admittedly she didn't have much rhythm. But she had a certain flair. If we were dancing together, she could hold her own. And we did love dancing together. I even sent my girl dancers on tour with her. I had them working with her and she progressively got better and better. With the two of us working together, sharing our strengths, I think we made each other better entertainers."

7. He claimed Whitney was not the sweet princess Hollywood made her out to be

Multiple sources have told PEOPLE the superstar struggled with her "perfect" public image, which Brown also wrote about in his book. "There were a lot of expectations in terms of who she was and who people thought she was," the close family friend told PEOPLE. "Someone may look good on the outside, sturdy and strong … [but] on the inside, you have someone who had insecurities and family issues and emotional personal issues and struggles."

Continued Brown: "If anybody knew her, they knew Whitney was for real, straight up and to the point with anything she talked about, anything she had to say. There was no biting her tongue for anybody. That's who she was. She wasn't going to pretend to be something different or put on any airs. The way she thought was, 'As long as I'm sharp, as long as I look good when I walk out of this motherf—in' room, then we're good.' " 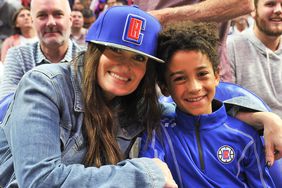 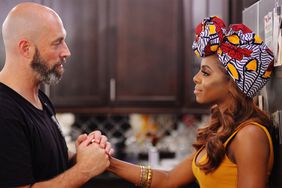