Bobby Brown told Robin Roberts in a 20/20 interview that while he has "never been a violent man," he once hit wife Whitney Houston

Bobby Brown says that while he once hit ex-wifeWhitney Houston, he is not “a violent man.”

Speaking of an incident he details in his upcoming memoir, Every Little Step, out June 13, Brown told Robin Roberts during his 20/20 interview that he struck Houston during a time while he was “trying to maintain sobriety.”

Brown charged that reports of him being a “woman beater” or overall “violent toward her,” however, are “just lies.”

“I’ve never been a violent man toward a woman ever,” Brown said.

The 47-year-old was married to Houston, who died in 2012 at age 48, for 15 years. In 2003, Brown was reportedly charged with misdemeanor battery related to alleged domestic violence. Houston had asserted to Redbook years earlier, though, “I do the hitting.”

In addition to a volatile romance, which ended in 2006 when Houston filed for divorce, Brown said that he and the pop star had devolved into a pattern of drug abuse. Brown and Houston would lock themselves in one wing of their mansion, getting high while nannies cared for their daughter Bobbi Kristina Brown just rooms over.

“I always made it a point to not let her see me or my wife in that type of situation,” he insisted, though. “It’s hard when you’re doing it everyday, it’s really hard.”

In his book, according to 20/20, Brown cites cocaine, alcohol and crack-laced joints as his substances of choice.

Brown, who is now drug-free, also slammed longtime rumors that it was he who led Houston to drug abuse. “It wasn’t me who started her,” Brown said. “I take my part and I take it hard for me even being a part of it, but we all have our own minds and some of us are stronger than others.”

The musician also opened up about losing Bobbi Kristina, who died in July 2015, six months after she was found unresponsive in a bathtub in her Georgia home.

The singer implicated Nick Gordon in the deaths of both his ex-wife and their daughter. Something that Gordon’s attorney has denied in an exclusive statement to PEOPLE.

Brown also revealed that his daughter was set to relocate to Los Angeles to live closer to him just two days before the incident.

While he hasn’t yet visited Houston and Bobbi Kristina’s graves, Brown said, “They’re with me, they’re here.”

A close relative of Brown told PEOPLE ahead of Tuesday night that while Brown has “made a lot of serious mistakes,” he ” is spending the rest of his life making good choices and leading his family in the right way.”

In another part of the interview, Brown spoke about asking Houston’s father for her hand in marriage.

“I definitely asked him before… he wanted to see how much money I had in my bank account,” Brown said. “I had way more money, more cash than she did.” 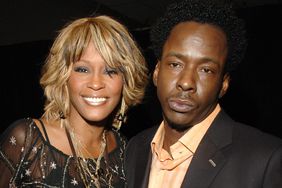 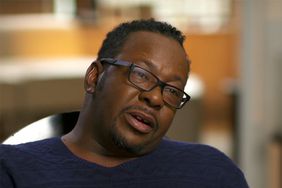 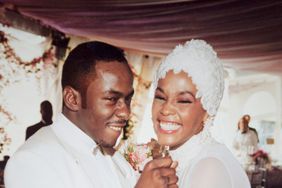 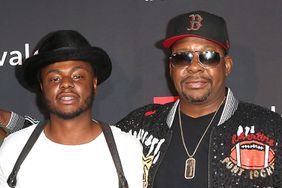