brightcove.createExperiences(); The Texas boarding school at the center of Jeremy Jordan’s family legal drama is speaking out against the Supergirl actor’s claims that his cousin Sarah is being held there against her will as part of gay conversion therapy.

“It is disheartening to see that this young woman has had elements of her story made widely public without her consent,” Mark Gregston, Founder and Executive Director of Heartlight Ministries told PEOPLE in a statement. “The assertion that this teen was held at Heartlight Ministries against her will, or that Heartlight provides any ‘treatment’ services for sexual identity, are categorically untrue.”

Gregston said that Sarah is “no longer” at Heartlight, which he called a “residential counseling program for teenagers who struggle with a wide range of behavioral and emotional issues.”

Of Sarah, Gregston wrote, “Should she ever personally choose to return, we would welcome her with open arms.”

Jordan launched a social media campaign last weekend to coincide with his brother’s GoFundMe page, which was seeking to get Sarah, 17, out of Heartlight. Organizers have already raised more than $60,000 for attorney fees and are seeking nearly $40,000 more.

“Please take a moment to help us save my dear sweet gay cousin Sarah,” Jordan wrote on Facebook. “She needs our help, and is trapped against her will at a terrible facility in Texas.”

According to the GoFundMe, Sarah was allegedly taken to Heartlight after attending her prom with another girl in an effort to “pray away the gay.”

The GoFundMe alleged that Sarah had no contact with those outside of the facilities, and explained that a family law attorney, Christine Andresen, of CHA Law Group, PC, had been obtained by her aunt to aide in her release.

“I can’t comment on pending litigation, other than to authenticate that to the best of my knowledge, the background information on the GoFundMe shared by Sarah’s cousin is truthful,” Andresen said in a statement to PEOPLE.

Sarah’s mother also slammed Jordan’s claims, telling the Austin American-Statesman, that her daughter’s May enrollment in the school had “nothing to do with her sexuality,” and instead was focused on her struggles with depression.

Heartlight, based in Longview, Texas, is a co-ed Christian boarding school that provides residence to 56 “struggling teens,” according to its website. The school’s boarders stay for 9-12 months, and Heartlight claims a “90 percent” success rate in helping troubled youths.

Gregston has written about sexuality on his Heartlight parenting blog before, once advising parents of teen girls who are dating girls, “don’t blow up and label your child a ‘homosexual,’ or that label could stick!”

He suggested understanding, but noted that some teenagers are in same-sex relationships because they “just want to be different,” or, because they’re “currently a fad.”

Jordan spoke out about the frenzy surrounding Sarah’s situation on Thursday, writing on Twitter, “I’m going to invite you to unfollow me now if you think being gay is something you should preach out of a person. My tweets are not for you.” 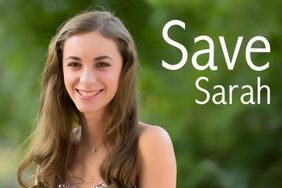 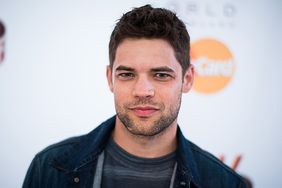