Bill Murray Crashed a Couple's Engagement Pics, Because of Course He Did

There’s a fantastic urban legend about Bill Murray, one that you’ve probably heard from your cousin or your college roommate or your neighbor, about how he’ll walk up to strangers, put his hands over their eyes and whisper, “No one will ever believe you,” into their ear before he dissolves into thin air. (OK, that last bit might not be true.)

But when Ashley Donald and Erik Rogers say that they had their own unexpected run-in with Murray, they can prove it. The Charleston, South Carolina, couple were posing for their engagement pictures, smiling and holding hands on the steps of an historic building when a man on the sidewalk started trying to get their attention.

“I thought, ‘Who the heck is bothering them,'” photographer Raheel Gauba of Fia Forever Photography Studio told The Post and Courier. “I turn around and it’s Bill Murray with his shirt up, belly out, tapping his belly and trying to make them laugh.”

Gauba did the only logical thing one can do when Carl Spackler/Steve Zissou/Peter freakin’ Venkman is flashing his stomach at you on a public sidewalk: He asked Murray if he’d like to join the couple (and their fully extended jaws) for a picture. “‘Sure I would,'” Gauba said Murray told him. “I took the shot and off he goes.”

This is the second time in the past few weeks that Murray has become part of a Charleston couple’s pre-wedding plans: Over Memorial Day, he gave a speech to everyone but the groom-to-be during a bachelor party. “If you have someone that you think is The One take that person and travel around the world,” he said. “And if, when you land, you’re still in love with that person, get married at the airport.”

We give it another month before Murray actually performs a wedding ceremony, serves as the ring bearer or rides a borrowed lawnmower through a rehearsal dinner. And – at this point – no one would ever doubt that story.

Tara Lipinski's Engagement Party Was So Fun, Her Fiancé Split His Pants (It Was Johnny Weir's Fault) 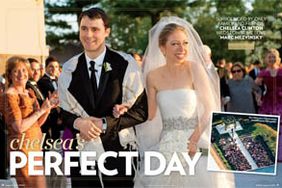 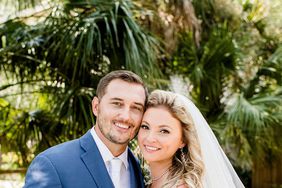