“We certainly welcome other people standing up to Bill Cosby to redress harm caused to them by statements made by Mr. Cosby through his lawyer and spokespeople,” Joe Cammarata, Green’s attorney, tells PEOPLE.

Green, 56, filed her lawsuit against Cosby on Dec. 10 in Springfield, Massachusetts, not far from where Cosby owns a home. She says his representatives defamed her in comments they made to Newsweek and The Washington Post last year.

“We are very confident that we will prevail in this proceeding and we will pursue claims against the attorneys who filed this action,” Cosby’s attorney, Martin Singer, told PEOPLE following Green’s filing.

Green, a retired attorney who lives in Southern California, alleges that Cosby drugged and sexually assaulted her in 1969 or 1970, when she was an aspiring model.

She first told her story to the Philadelphia Daily News in February 2005, after which Cosby’s representatives began trying to discredit her, she says, insisting that they did the same thing last year.

She is only suing for the most recent statements because the statute of limitations has expired on the others, Cammarata says.

Serignese, who is now 57 and was Jane Doe number 10 in Andrea Constand’s 2005 lawsuit against Cosby – which he later settled – first told her story publicly to PEOPLE last month.

She alleges that she was just 19 years old when Cosby drugged and sexually assaulted her at his hotel in Las Vegas.

In response, Martin Singer, one of Cosby’s attorneys, released a written statement to PEOPLE and other media outlets calling Serignese’s claims and the claims of Cosby’s other accusers “fantastical” and “unsubstantiated.”

Traitz, who first came forward with a Facebook post on Nov. 18, says she was an 18-year-old waitress at Café Figaro in Los Angeles, which Cosby owned at the time, when she first met him.

She says he offered her a ride home but took her to the beach instead where he reached into a suitcase, offered her “pills to relax” and was “sexually aggressive with her” before she demanded he take her home.

Singer called her claims “ridiculous” and an “absurd fabrication” and insisted that there was no briefcase of drugs.

Cosby will resume his comedy tour with three shows in Canada starting Wednesday despite threats of protests. 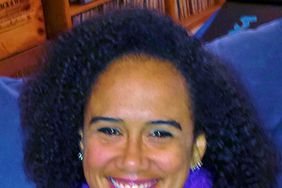