Beyoncé's Rep Calls Fall 'A Mere Spot' in Her Show

In a video clip, the singer slips onstage – but recovers to finish her song

Beyoncé Knowles fell face first down a flight of stairs during an Orlando concert Tuesday night – only to recover and complete her number nearly without missing a beat.

Onstage, wearing a trench coat and high heels, Knowles, 25, was singing her hit “Ring the Alarm” while descending a staircase. As she flipped her hair around, the headliner lost her balance and slid down about a dozen steps.

Knowles’s microphone fell out of her hands and slid across the stage. She quickly grabbed the mic and jumped up, picking up her song practically where she had left off.

A rep for the singer tells PEOPLE the incident was “a mere spot” in her show.

“Beyoncé’s fall on stage last night in Orlando, Fl. during her performance of ‘Ring The Alarm’ was a mere spot on an otherwise sensational, flawless show,” the rep said Wednesday. “It was a case of her coat’s hem getting caught in her shoes, but Miss Knowles picked herself right up, without missing a beat, showing to all that she is the best.”

Indeed, a concertgoer Anette Nelson tells PEOPLE, “Everyone gasped. But she got up right away and acted like nothing happened. I don’t even think she missed a word of the song! Everyone started cheering her on, because she recovered like a real professional.”

The singer’s rep says Knowles did not sustain any injuries as a result of the fall.

During the show Knowles wrapped up the song and then rushed off stage. Sitting on a stool for her next number, she jokingly asked the crowd not to circulate video of her fall.

But her plea fell on deaf ears. As of Wednesday morning, video of the incident is all over the Web, and can be found several video websites – including YouTube. 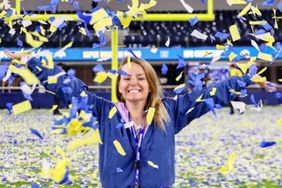 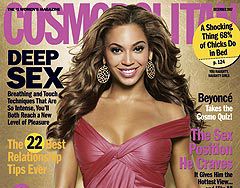 Beyoncé: Don't Blame My Falls on My Fashion 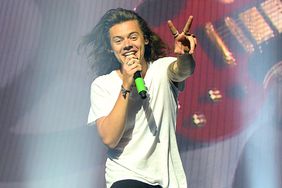 The Show Must Go On: Stars Who Stayed on Stage After Getting Hurt