Rachel Roy Denies She's the 'Becky' Who Beyoncé Called Out in 'Lemonade' : 'There Is No Truth to the Rumors'

'There is no validity to the idea that the song references me personally,' Roy said in a statement

Rachel Roy is finally addressing those “Becky with the good hair” rumors.

In a statement released exclusively to PEOPLE, the celeb-favorite fashion designer denied that she is the woman at the center of the Jay Z cheating rumors – which were sparked by Beyoncé‘s new album Lemonade.

Roy is speaking out after three days of intense speculation that began with a now-deleted Instagram post.

“I want to put the speculation and rumors to rest. My Instagram post was meant to be fun and lighthearted, it was misunderstood as something other than that,” she said. “There is no validity to the idea that the song references me personally. There is no truth to the rumors.”

Roy, 42, continued: “Consequently, online haters have targeted me and my daughters in a hurtful and scary manner, including physical threats. As a mother – and I know many mothers would agree – I feel that bullying in any form is harmful and unacceptable.

“I would hope that the media sees the real issue here – the issue of cyber bullying – and how it should not be tolerated by anyone,” she said.

Roy sparked the rumors when she posted a photo on Instagram on Saturday that seemed to reference Beyoncé’s new song “Sorry.”

“Good hair don’t care, but we will take good lighting, for selfies, or self truths, always,” she captioned the now-deleted picture of her with a friend. “Live in the light #nodramaqueens.”

The designer took to Twitter on Sunday to address the backlash she received from the cryptic post.

“I respect love, marriages, families and strength,” she wrote. “What shouldn’t be tolerated by anyone, no matter what, is bullying, of any kind.”

Roy stepped out on Monday for the first time since receiving an intense firestorm of criticism from members of the “Beyhive” on her Instagram and Twitter profiles. She was spotted arriving at her Los Angeles home with a suitcase. 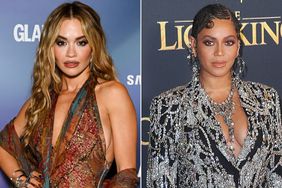 Rita Ora Denies Rumor She Was 'Becky' on Beyoncé's 'Lemonade': 'Take Things with a Pinch a Salt' 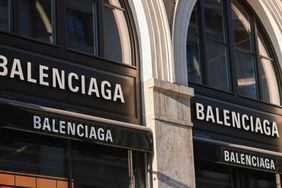