Beyoncé, Jay Z and Solange say they are moving on since a video leaked this week of Solange attacking Jay Z in an elevator.

“As a result of the public release of the elevator security footage from Monday, May 5th, there has been a great deal of speculation about what triggered the unfortunate incident. But the most important thing is that our family has worked through it,” they say in a statement to The Associated Press Thursday.

“Jay and Solange each assume their share of responsibility for what has occurred. They both acknowledge their role in this private matter that has played out in the public. They both have apologized to each other and we have moved forward as a united family.”

“The reports of Solange being intoxicated or displaying erratic behavior throughout that evening are simply false,” the statement continued. “At the end of the day families have problems and we’re no different. We love each other and above all we are family. We’ve put this behind us and hope everyone else will do the same.”

The website TMZ posted the three-minute video Monday and said it was shot last week inside the Standard Hotel in New York City.

The video appears to show Solange, Beyoncé’s sister, attacking Jay Z in Beyonce’s presence. A security guard intervenes. The footage shows the performers in the outfits they wore to the Met Gala last week. There is no audio.

See Video of the Altercation

The employee who leaked elevator surveillance footage has been fired, the hotel says.

On Wednesday, Beyoncé seemed to show solidarity with her sister by posting several loving photos of the two of them on Instagram.

Solange later followed suit, posting a cute vintage photo of her and her sister on Instagram for Throwback Thursday.

Source: ‘Solange Was Provoked’ Before Apparent Attack on Jay Z 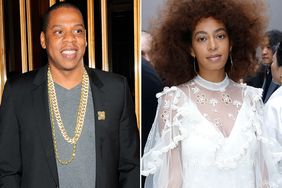 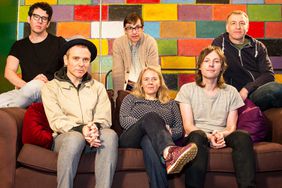 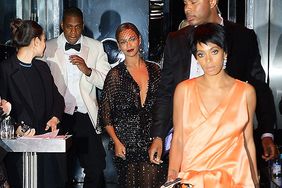 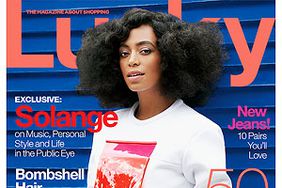 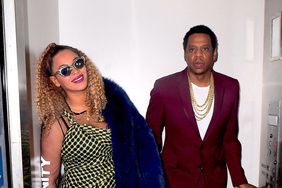