The Halle Berry hit-and-run case is bearing closer scrutiny. The other driver in the Feb. 23 car crash in West Hollywood is claiming that the actress filed a false report with police, says the lawyer for Hetal Raythatha. According to Los Angeles’s KCBS-TV, Berry’s account of the crash doesn’t jibe with the damage to the rental car she was driving or with accounts from police eyewitnesses — who said Berry ran a red light and smashed into Raythatha’s car before racing away. According to the TV station, Berry told police that she was dazed by the collision and “once she came to, she looked around and didn’t see (another) car . . . She stated she isn’t sure how she got there, but she drove home.” There has been no comment from the Berry camp. 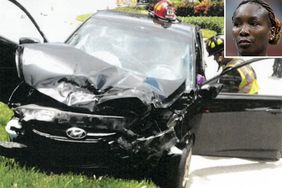