Actress Halle Berry could get up to one year in Los Angeles County jail and a $10,000 fine if she’s convicted of leaving the scene of an accident in which another driver was injured. She had faced a more serious hit-and-run felony charge, but authorities said she called them from a hospital ER to report the car crash and that this served to lessen the charge. “Halle is obviously pleased by the D.A.’s determination,” her lawyer said in a statement, adding that she is “anxious to set the record straight” once the case comes to court. The Golden Globe-winning star of last year’s TV movie “Introducing Dorothy Dandridge,” 31, surrendered to sheriff’s deputies on Saturday, was charged for a misdemeanor and released. Cops say that on Feb. 23 Berry drove a rented Chevrolet Blazer along the Sunset Strip, ran a red light, collided with another car and then fled the scene. Berry reportedly required 22 stitches to close a gash in her forehead. The other driver, Hatal Raythatha, said her car was totaled and that she suffered a broken wrist. She is suing Berry for negligence. 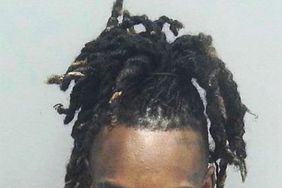