A judge is currently deciding whether or not the Sandy Hook victims' families can sue the manufacturer, distributor and seller of shooter Adam Lanza's assault rifle

Bernie Sanders‘ campaign momentum has hit a snag following his comments indirectly opposing the attempts of families of the Sandy Hook shooting to bring suit against a gun manufacturer.

Sanders told the New York Daily News on Friday that he doesn’t think the victims of gun crime should be able to sue the weapon’s manufacturer.

“In the same sense that if you’re a gun dealer and you sell me a gun and I go out and I kill him [gestures to someone in room] Do I think that that gun dealer should be sued for selling me a legal product that he misused?” Sanders told the Daily News, shaking his head no.

“But I do believe that gun manufacturers and gun dealers should be able to be sued when they should know that guns are going into the hands of wrong people. So if somebody walks in and says, ‘I’d like 10,000 rounds of ammunition,’ you know, well, you might be suspicious about that. So I think there are grounds for those suits, but not if you sell me a legal product.”

The Vermont junior senator, 74, clarified that he would ban the sale of assault weapons if elected as president.

Currently, a Connecticut judge is weighing whether or not the families of the 20 students and six staff members killed in the 2012 mass shooting at Sandy Hook Elementary School in Newtown can sue the manufacturer, distributer, and seller of the assault rifle Adam Lanza used in the massacre, according to the Daily News. They claim that the AR-15 manufacturers, Freedom Group, knew the weapon wasn’t suitable for civilian use.

The rifle company in return says that it is protected by the 2005 Protection of Lawful Commerce in Arms law, which shields manufacturers from such suits.

In response to Sanders’ stance, several of the plaintiffs have slammed the Democratic candidate, including Jillian Soto, the sister of late Sandy Hook teacher Victoria Soto.

“Reading what Bernie Sanders said the other day to the New York Daily News was not only offensive but was insensitive and disrespectful to the families involved,” Soto said during a press call organized by the Hillary Clinton campaign. “My family and I would gladly sit down with Mr. Sanders to discuss his feeling in regards to his comments about our lawsuit.”

She added, “He doesn’t know the pain that my family has been going thru since December 14, 2012 – the pain we go thru every time there is another family who joins the murder victims club. The gun that murdered my sister had no business being in a civilian’s hands.”

A spokesperson for the Sanders campaign did not respond to a request for comment.

Erica Smegielski, the daughter of Sandy Hook’s principal, Dawn Hochspring – who was also killed in the shooting – tweeted, “Shame on you, @BernieSanders try living one hour of our lives.”

Connecticut leaders also weighed in on the senator’s stance, including Gov. Dan Malloy, who told the Daily News, “He is dead wrong on guns. He had an opportunity to educate the people of Vermont about guns. Vermont is small enough that he could have gone house to house to educate people about guns.”

The families of 16 of the Sandy Hook victims previously settled a lawsuit against the Nancy Lanza estate in 2015, receiving just under $94,000 each to settle lawsuits against the shooter’s mother. 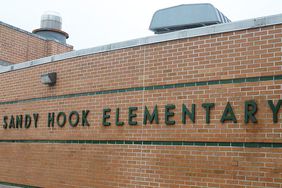 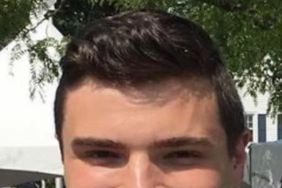