His sister-in-law tells PEOPLE, "He struggled for his life. He couldn't breathe"

Bernie Mac's wife and daughter were with him until the very end, says the late comic's sister-in-law in a personal and touching interview with PEOPLE that took place Saturday.

Speaking of a heartbreaking moment between her younger sister, Rhonda, and the 50-year-old actor-comedian — who succumbed to complications from pneumonia in a Chicago hospital at 2 a.m. Saturday — Mary Ann Grossett says that the night before Mac died, "He struggled for his life. He couldn't breathe.

"He opened his eyes on his own and looked at Rhonda. She called his name, and he opened his eyes and nodded to her. She smiled at him and told him, 'Don't leave me 'I'm waiting for you to come back.' He shrugged his shoulders, and she said that's when she knew he was tired. He signaled to her that his body was tired."

Rhonda, Mac s wife since 1977, and their 30-year-old daughter, Je'Niece, were with him when he died. "[The doctors] were working on him," says Grossett. "They tried to resuscitate him two times. One time he came back for about an hour. Then he went into cardiac arrest the second time."

Prior to that, the couple had last communicated on July 31. "He told his wife [non-verbally] that he could breathe on his own, and he wanted the ventilator out. He motioned that he wanted it out," says Grossett.

The sister-in-law says Mac's inflammatory lung disease contributed to his death. "He had sarcoidosis, but it was in remission," she says. "But because he had it, his immune system was compromised. He had an infection … He was on a new medication that suppresses the immune system, and that's where the pneumonia came from."

She reveals that Mac — having trouble breathing and running a fever — was actually hospitalized on July 24, eight days before the date given for his admittance. The actor was diagnosed with pneumonia and immediately placed on a ventilator.

"He was critically ill when he was in the hospital," says Gossett. "He was in intensive care the whole time."

She adds that doctors kept the star sedated, although he was conscious at times and he contracted a second strain of pneumonia while in the hospital.

Of her widowed sibling (like Mac, Rhonda is 50), Grossett says, "She's devastated. However, she's at peace about his transition because of her faith in God. Her faith is what is sustaining her."

She says of the couple's enduring union, "They had 30 years of marriage. That's unprecedented in today's time, particularly for celebrities. That brings joy to her. They loved each other and respected each other on a daily basis. She was by his side to the very end."

Recalling the couple's early years, when they were still in their teens, Grossett says, "When they started dating, he said, 'Girl, you better come on board this train, because I'm going to be rich.' And her response was, 'Okay,' and they were married. That's how he charmed her, with his sense of humor."

She adds, "When they got married they were kids. He was 20 and she was 19. They both grew up together, and they both matured in this marriage.

‘She’s Going to Miss Him Dearly’

"What she will treasure the most is the fact that she was his wife for 30 years — and not only was she his wife, but she was his best friend. She's going to miss him dearly."

Mac's funeral is scheduled for Saturday, Aug. 16, at an undisclosed location. The family requests that donations be made to the Bernie Mac Foundation for Sarcoidosis, 40 E. Ninth St., Suite 601, Chicago IL 60605. 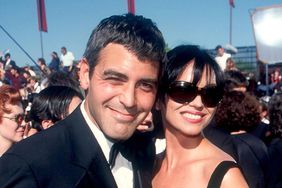 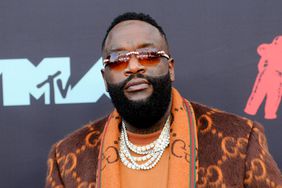 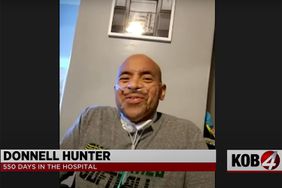