When it comes to being a father and husband, Ben Affleck, 42, took a page right out of Don Draper s book.

“He s like a ’50s dad,” a source told PEOPLE before the couple’s split. “He thinks work is your priority and providing money for your family is your priority, and raising the kids day to day and making a nice house is the wife’s priority.”

But this point of view often caused tension during his marriage to Jennifer Garner, 43, who was also trying to balance a demanding career while raising the couple’s three children Violet, 9, Seraphina, 6, and Samuel, 3.

“It leaves too much of the burden on Jen to be a mom and dad to the children when she also has a career,” says an entertainment source. Garner was most recently in Boston preparing for her role in the upcoming film Miracles from Heaven and has been filming Nine Lives in Montreal.

“Ben is a good dad when he is around, but he has so many outside interests and personal issues to get beyond,” the source adds.

Another source close to the couple disputes any notion Affleck wasn’t focused on his family: “He really enjoys what he does. Sure, he works a lot, but it doesn’t mean he doesn’t go back to the kids. Those allegations that he chose work over her are not true.”

“He in no way thinks a women’s place is in the home,” the source continues. “Quite the contrary, he has on numerous occasions supports and pushes Jen to work. She worked this summer while he was home.

“It’s a balancing act and neither of them wants to be away from the kids for a long time and he certainly supports whatever Jen wants to do – acting or otherwise. He has often spoken of his wife’s support and that was big for him – and in the same way that she supports him, he supports her.”

Affleck often spoke of how his wife’s support helped him fulfill his career dreams. “Getting to know her, falling in love with her and being connected with her gave me a foundation to reach out and say, Okay, I’m going to do Hollywoodland I m going to direct Gone Baby Gone,” he told Playboy in 2013. “Over the past 10 years she has allowed me to have a stable home life while accomplishing my professional goals.”

• With additional reporting by LIZ MCNEIL 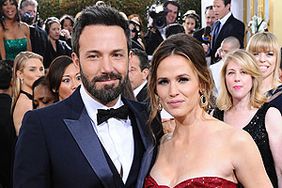 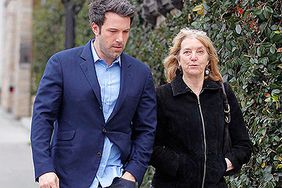 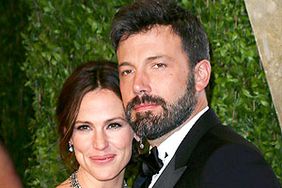 Ben Affleck: Jennifer Garner Is the Most Important Person to Me

Ben Affleck and Jennifer Garner: How Their Differences Drove Them Apart