The star has been gambling in Detroit, but headed home to treat wife Jennifer Garner

Is Ben Affleck testing his luck?

Affleck, 41, has been spotted at Detroit-area casinos when he’s off the clock filming as Batman for the upcoming Man of Steel sequel. But though tabloid rumors have buzzed that his gambling hobby is causing strain on his marriage to wife Jennifer Garner, a source close to the family says their relationship is solid.

“She never understood his gambling obsession and she doesn’t want him to be in the news [for it],” says the source in PEOPLE’s new issue. “[But] she’s the most patient wife ever and is still very much in love with Ben.”

Last weekend, Affleck had the chance to show that love is reciprocated with a little diamond shopping.

On Saturday, the actor joined forces with Seraphina, 5, the middle child in his brood of three, on an excursion to Barneys in Beverly Hills to purchase a gift for his wife, with their ninth anniversary approaching on June 29.

“Ben was very cute with his daughter and carried her around so she could look at all the jewelry,” a store source tells PEOPLE. “She especially liked jewelry with diamonds and wanted her mom to have diamonds. She was definitely in charge of the purchase, and Ben let her take her time. She was very sweet and happy about being out with her dad.”

The star shoppers were successful, leaving with a wrapped gift.

“She wanted to hold the bag and Ben laughed and said no,” the source said of Seraphina. “He carried her out of the store on his shoulders and she kept laughing.”

For more on the actor’s life in Detroit and what’s next for his family, pick up this week’s issue of PEOPLE, on newsstands Friday 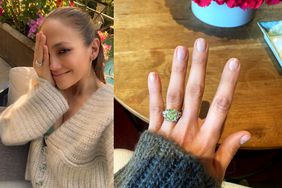 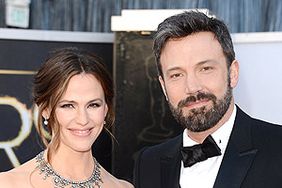