"I love being a father," Affleck says of his 8-month-old daughter with Jennifer Garner

Since getting married and becoming a dad, Ben Affleck is a changed man, he told reporters Friday at a Beverly Hill press conference for his new movie, Hollywoodland.

“I love being a father,” the actor, who turns 34 on Tuesday, said. “It’s wonderful. It’s changed my life. It all sounds like platitudes and clich s, and that’s because they’re the truth.”

He’s even proving his babysitting skills with Violet, his 8-month-old daughter with wife Jennifer Garner, 33. Just a few days ago, he said, Garner left him in charge of the baby – but first explained how to feed her.

Affleck is currently working on a his directorial debut, Gone, Baby, Gone, a mystery based on a Dennis Lehane novel that filmed in Affleck’s Boston hometown and stars his brother, Casey.

In Hollywoodland, in theaters Sept. 8, Affleck plays actor George Reeves, who played the Man of Steel on TV’s Adventures of Superman and died under mysterious circumstances in 1959.

Ben Affleck on his role as a father: "It changed my life"! 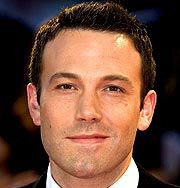