Baseball’s all-time home-run leader, Barry Bonds, was indicted Thursday on charges of perjury and obstruction of justice for allegedly lying under oath to a federal grand jury looking into steroid use among pro athletes.

“During the criminal investigation, evidence was obtained including positive tests for the presence of anabolic steroids and other performance-enhancing substances for Bonds and other athletes,” the indictment read, according to the Associated Press.

Bonds attorney John Burris was skeptical of the investigation’s findings. “I’m surprised,” he said, “but there’s been an effort to get Barry for a long time. I’m curious what evidence they have now they didn’t have before.”

Bonds, 43, who hit home run number 756 on Aug. 7, surpassing Hank Aaron, told a grand jury in 2003 that he had never knowingly used performance-enhancing drugs. The indictment follows a four-year investigation into steroid use by top athletes.

A California native, Bonds began his professional career with the Pittsburgh Pirates in 1986. In 1993, he joined the San Francisco Giants, which declined to re-sign him after this past season. 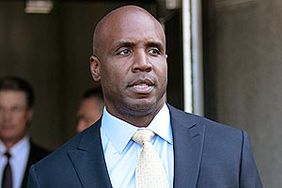 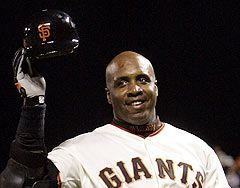 A Rush to Judgment? 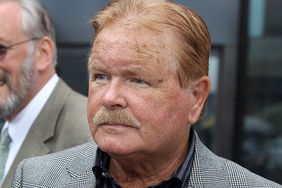