"Ugh or yuck is my response," Barry Goldwater's widow said of Donald Trump

It seems Donald Trump can’t count on the support of even long-deceased Republicans.

The billionaire businessman recently announced plans to fundraise at the former home of Barry Goldwater, the conservative icon who shook up the GOP when he ran for president in 1964.

Trump’s contentious presidential campaign has drawn comparisons to that of the late Arizona senator. But Goldwater’s widow, Susan Goldwater Levine, told The Washington Post on Thursday that the comparisons – and Trump’s fundraiser – are anything but welcome.

She added that her husband was a “humanist” who had respect for all people and said of Trump’s candidacy, “I can’t believe we are doing this as a country. Barry was so true to his convictions and would never be issuing these shallow, crude, accusatory criticisms of the other party or the other person.”

Levine’s comments come as dozens of GOP convention delegates are launching a new effort to stop Trump from officially becoming the Republican nominee. The Washington Post calls the plan “the most organized” one yet and reports that the delegates are “angered by Trump’s recent comments on gun control, his racial attacks on a federal judge and his sinking poll numbers.”

The new campaign is being run by the only people who are actually able to change party rules, and they believe they will gain enough support from other Republicans that delegates will be allowed to vote for whomever they want at the convention. Many in the movement supported Texas Sen. Ted Cruz in the primary, but they say they have no specific candidate in mind now.

“This literally is an ‘Anybody but Trump’ movement,” Kendal Unruh, a Republican delegate from Colorado who is leading the campaign told The Post. “Nobody has any idea who is going to step in and be the nominee, but we’re not worried about that. We’re just doing that job to make sure that he’s not the face of our party.”

‘At This Point, I Just Can’t Do It’: John Kasich and Other Republicans Refuse to Support Trump

More and more GOP figures – and even big businesses that are now refusing to sponsor this summer’s Republican National Convention – are distancing themselves from Trump, or outright denouncing him.

Former presidential hopeful John Kasich said the idea of endorsing Trump is “painful” to him. “At this point, I just can’t do it,” he said Thursday on Morning Joe. “But we’ll see where it ends up I’m not making any final decisions yet.”

The chairman of the House Energy and Commerce committee, Fred Upton, said that Trump has “gone off the track” and that he has no plans to endorse the mogul “or anyone in this race.” “I’m going to stay in my lane,” the Michigan congressman said during a radio interview, according to The Detroit News.

Richard Armitage, George W. Bush’s former Deputy Secretary of State, said he plans to vote for presumptive Democratic nominee Hillary Clinton. “[Trump] does not appear to be a Republican, he doesn’t appear to want to learn about issues,” Armitage told Politico. “So, I’m going to vote for Mrs. Clinton.”

And according to The Washington Post, several more companies announced this week that they will not participate in the Republican convention in Cleveland. Wells Fargo, UPS, Motorola, JPMorgan Chase, Ford, and Walgreens Boots Alliance have joined Coca-Cola, Microsoft and other companies in declining to contribute to the convention. 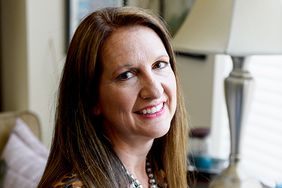 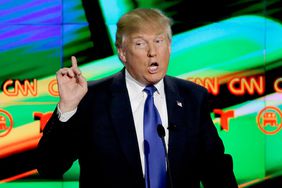 Is It Over for #NeverTrump? Some Resigned Republicans Fall in Line Behind Trump While Others Burn Their Voter Registration Cards 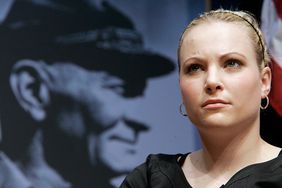 Meghan McCain Says She Cried When Convention Nominated Trump: 'This Is a Garbage Election' 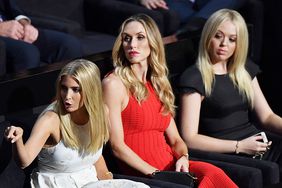 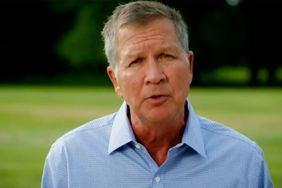