After what the co-hosts deemed a "drunk" appearance, they say he's welcome back on the show

Barbara Walters says Danny DeVito is welcome on The View after appearing to be intoxicated Wednesday on the talk show.

“We love him, we’ll have him on again,” the co-host and co-creator said on the chatfest Thursday morning, taking the actor s disheveled appearance in stride. She added that DeVito had left a message for her almost immediately after his visit but the two had yet to talk. It said he was not going to say anything until he talked to me.”

DeVito’s publicist, Stan Rosenfield, told PEOPLE on Wednesday that the actor had reached out to Walters, but he would not comment on his client s appearance.

Still, co-host Joy Behar put it bluntly Thursday morning: “He was drunk as a skunk.”

During the ABC broadcast, DeVito, 62, had slurred his words, told rambling stories and at one point sat on Rosie O’Donnell’s lap. After admitting he’d been out with George Clooney all night, he said, “I knew it was the last seven limoncellos that was going to get me.”

“Danny DeVito is not an alcoholic. He’s just a guy who had too many to drink with his friends,” pal O Donnell said. “He was here, he was enjoying himself, he had a wonderful night out, and he was a little drunk.” 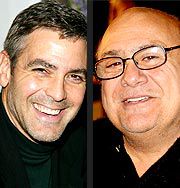 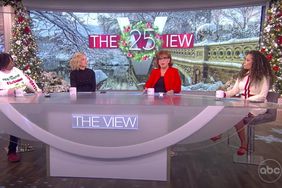