And the teens weep: Two of the five Backstreet Boys are shifting from singing on the backstreet to marching down the aisle. Kevin Richardson, 28, and his cousin Brian Littrell, 24, are both getting married. “There’s just a right time for everything, I guess,” said Littrell, speaking in an MTV interview that aired Wednesday. No wedding dates have been announced. For that matter, the Boys themselves have never identified their girls, but Web sites devoted to the pop group declare Littrell’s intended to be Leighanne Wallace, a blonde actress who looks remarkably like Britney Spears. It’s also been speculated that on Valentine’s Day Richardson presented an engagement ring to Kristin Willits, a blonde dancer who’s backed up Cher. Richardson says he and his intended have dated “off and on” for seven years since they first found each other at Walt Disney World, reports USA Today. “We’ve been through a lot,” he says. “She knew me when I was (working as) a Ninja Turtle and I met her in the cafeteria.”

Goin' to the Chapel 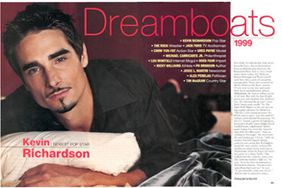 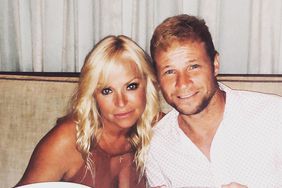 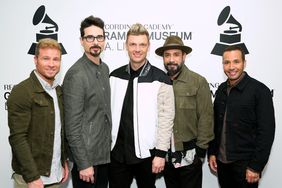 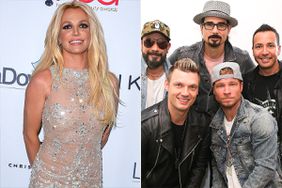