"It was absolutely perfect," a guest tells PEOPLE of Saturday's ceremony

“The whole thing was like it belonged in a bridal magazine,” one guest tells PEOPLE of the Catholic ceremony, held at St. James Cathedral. “It was absolutely perfect.”

Dorough, 34, proposed to Boniello last New Year’s. “She wasn’t expecting it, and I was quite nervous – more nervous about proposing to her in front of 40 family and friends than about performing in front of 40,000 people onstage,” Dorough told PEOPLE earlier this year of his proposal at Boniello’s family home in New Jersey.

The couple met in 2000, when Boniello, a film-exec-turned-real-estate-broker, was working as the Backstreet Boys’ Webmaster. 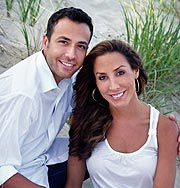 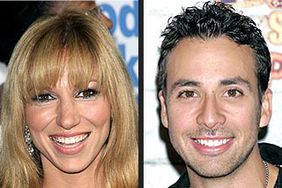