He played a loveable geek on The O.C., and like his character, Seth, the California native loves indie rock music.

Whom Should He Date?
• Lily Allen, 21: The sassy singer is the toast of the indie world. But be careful: She's known for kissing and telling in her songs.
• Michelle Trachtenberg, 21: He likes them petite and brunette, and her Buffy the Vampire Slayer past suits his inner nerd.
• Lauren Conrad, 21: Real O.C., meet the TV O.C. – she can show Brody what it's really all about out there.

Though the British star has said it's hard to date "if you're famous" – he's ready to lower his profile in the name of love.

Whom Should He Date?
• Penélope Cruz, 33: The Spanish siren already knows this pirate – they got cozy during Oscars season.
• Scarlett Johansson, 22: The equally private actress is drawn to older guys (note ex's Jared Leto, 35, and Josh Hartnett, 28).
• Natalie Portman, 25: The Star Wars queen and the Lord of Rings elfin prince could create otherworldly sparks.

Life's a beach for this easygoing Texan, who likes spending time grillin', chillin' and workin' out in the sunshine.

Whom should he date?
• Cameron Diaz, 34: The Shrek star loves shredding the waves. How about hanging ten with a cute surfer dude?
• Reese Witherspoon, 31: This New Orleans native can bring some southern comfort to the Lone Star stud.
• Camila Alves, 24: The Brazilian catwalker just might be his Girl from Ipanema, having spent downtime at the actor's beloved Malibu Airstream.

After nearly a five-year relationship with college sweetheart Kate Middleton, the royal is suddenly a singleton.

Whom Should He Date?
• Lauren Bush, 22: The fresh-faced model is American royalty: She's the President's niece.
• Ivanka Trump: The savvy entrepreneur has The Donald's head for business – and mom Ivana's Euro pedigree.
• Charlotte Casiraghi: The young blue blood from Monaco would be a match in royal heaven for the Windsor crown.

The SNL funnyman is on his way to becoming a Hollywood leading man with the summer comedy Hot Rod.

Whom Should He Date?
• Mischa Barton, 21: She's dated a billionaire heir and a rock star – now she needs a good laugh.
• Drew Barrymore, 32: As the youngest-ever host of SNL, this star can teach him a few tricks.
• Mandy Moore, 23: She likes 'em tall, dark and funny – after all, her ex is Scrubs star Zach Braff.

After splitting from Britney and releasing a record, Federline is cleaning up his image and putting his family first.

Whom Should He Date?
• Paula Abdul, 44: Abdul loves younger men – plus she could teach him a dance move or two.
• Shar Jackson, 30: They already have kids and she's been on his side post-Spears. Take two, anyone?
• Tara Conner, 21: She's fallen from grace, but now she's picking herself back up. Just call them the self-help pair. 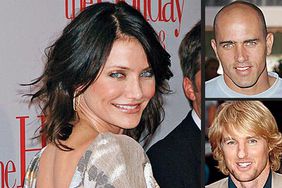 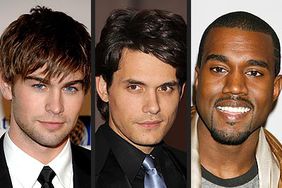 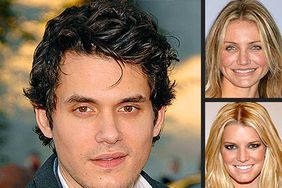