Lavigne responds to a Tweet from her ex, who wrote that she is the "closest person to my heart"

The exes, who haven’t officially confirmed their split, took to the Twitterverse on Tuesday to declare their adoration for each other.

“It really upsets me to read all the FALSE!! stories,” Jenner, 28, wrote. “Avril has always been there for me and is the closest person to my heart. I love her.”

Lavigne, 27, wrote back, but unlike in the past when they were a couple, she condensed the ‘L’ word to three letters instead of four.

The couple, whose romance was first reported in May 2010, could very well get back together, a source told PEOPLE after verifying the breakup.

Reps have not commented, and Lavigne will be touring Asia next month. 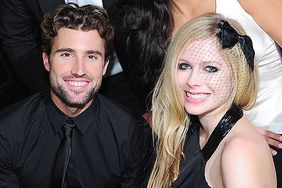 Avril Lavigne and Brody Jenner: Have They Split?

Avril Lavigne & Brody Jenner: Getting Back Together? 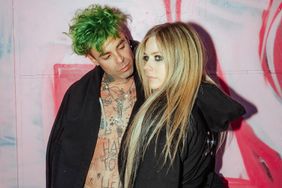 Avril Lavigne Receives Sweet Birthday Wish from Boyfriend Mod Sun: 'You Are My Calm in the Chaos'