At Home with Pammy, Tommy

A year and a half after her breakup with rocker Tommy Lee, Pamela Anderson Lee says their life together is slowly improving. Anderson left her husband in 1998 after a highly-publicized fight. Lee pleaded no contest to kicking his then-estranged wife several times while she held their toddler son Dylan. In the upcoming issue of Jane magazine, the former “Baywatch” babe says Lee is learning to communicate better, in part as a result of anger management classes. “It’s not all roses or anything, because there’s a lot of pain that Tommy and I need to resolve,” she says. “But seeing my two little boys so happy and playing with their daddy, it’s just beautiful to have our family back together.” 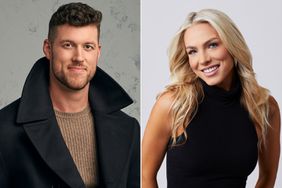