The new friends were spotted together over the weekend in Saint-Tropez, France

Looks like somebody’s having a royally good time … this time in France!

After spending time together in London recently, Ashton Kutcher and Mila Kunis enjoyed some fun in the sun with Princess Beatrice and her boyfriend Dave Clark in Saint-Tropez, France, over the weekend. The friends were spotted along Pampelonne Beach and, later, aboard a yacht enjoying some time on the water.

Kutcher was also spotted smooching with his girlfriend on the beach. The foursome also reportedly visited the Le Palmiers beach club together.

In May, Kunis, 29, and Kutcher, 35, hung out with Princess Beatrice and her beau at London’s Calloh Callay bar in the trendy Shoreditch neighborhood, where they all enjoyed cocktails. 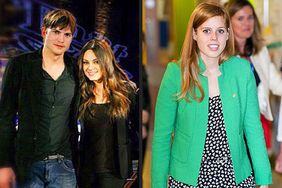 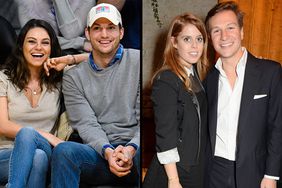