The couple cap off their romantic getaway with some airport P.D.A. Sunday

Mila Kunis‘s relationship with Ashton Kutcher doesn’t seem to be up in the air – even in the moments before they boarded a plane leaving Bali after a romantic getaway.

The couple, noticeably tan from their weeklong island vacation, walked through the Denpasar International Airport on Sunday – and they were holding hands.

Four months since they were first romantically linked – and 14 years after they met filming That ’70s Show – the two have been taking a break from Hollywood with some quality time at a five-star resort on the island’s southern peninsula. “They were smiling, really relaxed together,” an observer told PEOPLE of the traveling duo.

Rumored to be staying in Nusa Dua at the Amanusa beach resort, Kunis, 28, and Kutcher, 34 (who in November split from wife of six years Demi Moore) enjoyed a sunken indoor bathtub, a private pool and a wooden four-poster bed.

Of the couple, an observer at a Los Angeles movie wrap party told PEOPLE last month, “It looked like young love.” 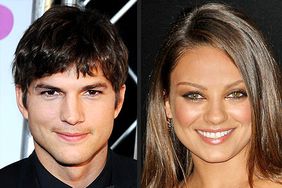 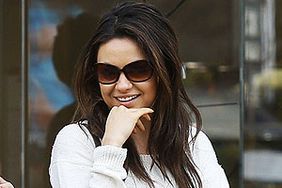 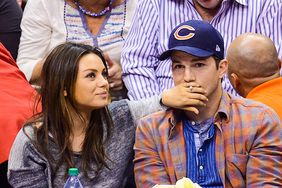 Mila and Ashton: Inside Their Lives as Parents-to-Be