Ashley Tisdale is tying the knot!

The Scary Movie V actress, 28, and Annie Automatic musician Christopher French are engaged to be married, her rep confirms to PEOPLE.

On Thursday evening, she tellingly Tweeted, “Best night of my life. We’re on top of the world” – a nod to French’s reported proposal atop the Empire State Building in N.Y.C.

The couple first stepped out publicly in December 2012 when they visited the Apple Store in Los Angeles.

Tisdale, best known for her role in High School Musical, told Maxim in May she likes “the dark, mysterious bad boy” and is “definitely old-school when it comes to dating.” 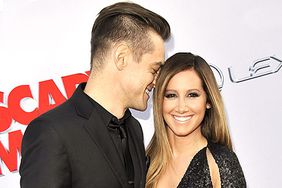