ASHLEY ON THE ICE

Ashley Judd is heating things up for the University of Kentucky ice hockey team. A free team poster, featuring the actress clad in only a Kentucky hockey jersey, helped double attendance to Cool Cats games this season (and, for the first time, put the team’s bank account in the black). Hockey coach Ian Wood described the reaction as “absolutely unbelievable.” “I could not even begin to think it would be as big a success as it was,” he told the Lexington (KY) Herald-Leader. Judd’s allegiance to Kentucky’s men’s basketball team is well documented by her frequent appearances at games. But she decided to help out the hockey team at the request of a cousin, who roomed with some of the players. In all, 5,000 posters were given away. 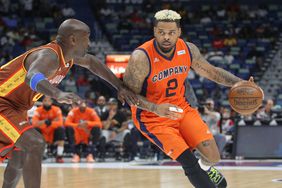 He's the Center of Attention 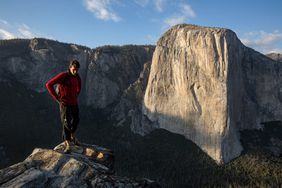 The Boys of Autumn