Much like her character on Pretty Little Liars, Ashley Benson is full of surprises.

These 18 fun facts about the actress – did you know she’s a die-hard Slurpee fan? – make us love her even more.

In the season 1 episode “Quinn’s Date,” the character Quinn Pensky set out to study romantic relationships so she could muster up the courage to ask out her crush, and Benson played Candace, one of the girls she studied.

At 16, Benson played Riley, a popular girl who was Kaitlin Cooper’s frenemy in season 4. Benson said the guest role was her “dream job.” “When I saw Adam Brody riding bikes around the lot with Rachel Bilson, I almost peed myself,” she said.

3. She appeared on How I Met Your Mother!

4. Her very first acting job was in a Domino’s Pizza commercial.

This piece of trivia combines the two things we love the most: Benson and pizza. (If someone finds footage of this, PLEASE send our way.)

She had to spend the first two months of her life in a hospital.

6. Her first kiss was on-screen!

She smooched a love interest while playing Abby Deveraux on Days of Our Lives.

Benson saw the midnight opening of Harry Potter and the Deathly Hollows: Part 1 and even dressed up. “I just wore a cape and glasses and tights and boots. I was like, ‘Why not’?” she told Seventeen.

“If I don’t have coffee, I don’t function,” she told Health magazine.

9. She has a massive girl crush on Jenna Dewan Tatum.

And would trade bodies with her if she could. “Her body right now is so incredible – and she’s had a kid!”

10. Sometimes she’ll end up wearing the same thing as her PLL costars.

Benson has thousands of records in her library at home. “Frank Sinatra is one of my favorites – he’s better on a record player – and I could listen to him all day,” she told Marie Claire.

12. Mary-Kate and Ashley Olsen are two of her style icons.

She loves how they “mix masculine with feminine.”

13. The most awkward place she’s been recognized was in … the shower.

Benson told the horrifying story to Complex: “There was one girl when I was in a Korean spa with my friend. I was taking a shower, and there are no doors in the shower. Normally I’m, like, ‘Whatever, we’re all girls here.’ So I’m completely naked, taking this shower, and my friend’s in the one next to me. All of sudden someone taps me on the shoulder. It was this girl who was like, ‘Hi, sorry to bother you, are you Ashley Benson?’ And I was like, ‘Are you serious right now? I’m naked.’ She was like, ‘Yeah, can I actually take a photo with you?’ She was trying to have a full conversation with me in the shower. That’s where you draw the line. Like, what parent encourages her kid to do that?”

14. Her biggest fears are ‘spiders, heights and throwing up.’

“If I see even a tiny spider, I’ll, like crash the car,” she said in an interview.

15. She says she hates getting dressed up.

But she’s so good at it! We don’t understand.

“It’s come up a few times in the last few years, like, ‘You’re too fat for this.’ And I’m just sitting here like, ‘Wait, what? Do you want a skeleton?’ ” she told Health.

17. She’s been drinking Slurpees ever since she was a kid.

And her favorite flavor, as of 2013, is “Slurpee Light Sugar Free Sprite.”

18. She was already friends with Vanessa Hudgens and Selena Gomez before they started filming Spring Breakers.

“I was cast very last-minute. Just a couple of weeks before we started shooting, and they’d all been a part of the film for about a year,” she told Esquire. “But I’ve known Vanessa since I was 14 or 15 – we used to do acting class together – and I was very close to Selena before we started filming, so it was great to work with those two.” 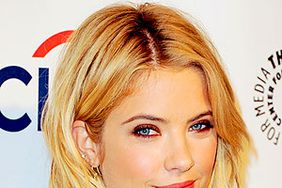 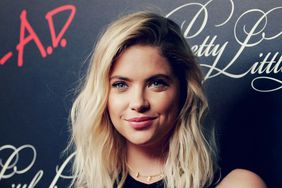 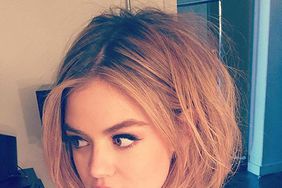 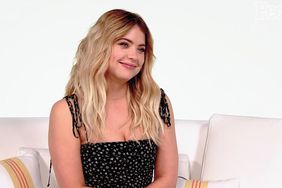 'Pretty Little Liars' ' Troian Bellisario Admits She Tried on 'Way Too Many Dresses' for Wedding to Patrick J. Adams 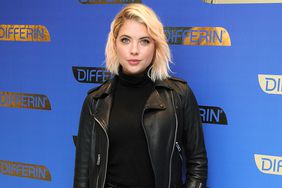 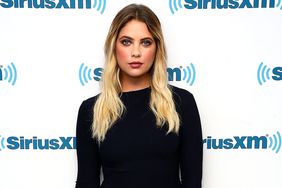