"We are thrilled to share that we are happily engaged," they say in a statement

Ashlee Simpson and Pete Wentz are getting married, they announced Wednesday.

“We know there has been a lot of speculation recently about Pete and I, and we wanted our fans to be the first to know, because you guys are the best,” Simpson said in a statement posted on friendsorenemies.com. “Yes, we are thrilled to share that we are happily engaged. Thank you for all of your support and well wishes – it means the world to us. We consider this to be a very private matter, and we wanted to be the first to tell you and to hear it straight from us.”

Simpson’s father, Joe, tells PEOPLE he’s “totally happy” and “so excited to have Pete as part of (our) family.”

Simpson, 23, and Wentz, 28, the bassist for Fall Out Boy, have been a linked since the fall of 2006, when they were spotted kissing at a New York nightclub

“I think the first day that we met that we were attracted to each other,” Simpson recently told PEOPLE.

Because they were with other people, “Neither one of us did anything,” said Wentz. “That was good.” But they quickly became friends, even as Wentz found that “I was into everything about her.” Simpson felt the same way.

“He’s a cutie,” said Simpson, “and he has an awesome personality and kind of brings out the best of me and I knew that even before we were dating. There was just like an awesome connection we had.”

A year later, they were still going strong. “We’re past the honeymoon period,” Wentz told PEOPLE at the time. “The truth is, it’s crazy to be able to kiss your best friend. It’s just a really awesome thing.”

Speculation that they were engaged began last February when Simpson, the little sister of Jessica Simpson, was seen wearing a diamond ring on her engagement finger. At the time, she said it was a promise ring and that, “It just means that he hasn’t asked my dad yet.” 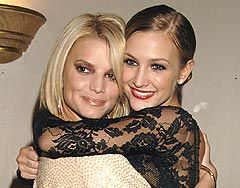 Jessica Simpson 'Couldn't Be Happier' for Ashlee and Pete 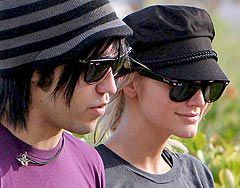 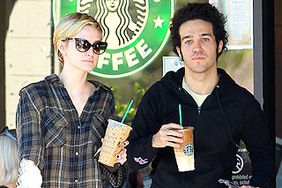 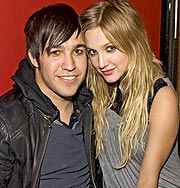 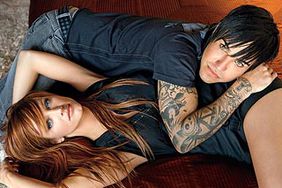 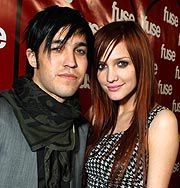 Ashlee Simpson Not Ready to Ride Motorcycle with Pete

Pete Wentz Says He's 'Excited to Be a Dad'