Arnold Schwarzenegger says it took seven or eight years before he found out that he had fathered a child with his housekeeper.

It wasn’t until the boy “started looking like me, that’s when I kind of got it. I put things together,” the action star and former California governor, 65, told 60 Minutes on Sunday.

Though Mildred Baena continued working in the family household and Schwarzenegger quietly began to provide financial support to her and their son Joseph, Schwarzenegger deliberately delayed revealing his secret to his wife Maria Shriver and their four children.

“It was very difficult, strange, bizarre,” said Schwarzenegger. “I just said to myself, ‘Okay, I’m going to put this away.’ ”

Appearing on the CBS program to promote his book, Total Recall: My Unbelievably True Life Story, he admits that he “lied” to his wife of 25-years until the day after leaving the governor’s office.

That’s when he finally told her about the affair and his son when confronted by Shriver during a marriage counseling session. Shriver later filed for divorce.

Schwarzenegger also describes telling his four other children of the affair and the brother they now had.

“I asked them for forgiveness,” he said. “They cried. It tears your heart out.”

Schwarzenegger, who says he did not show the book to Shriver in advance, declined to speak about his son Joseph, saying, “The important thing that everyone should know is that I take care of him and I take care of her [Baena]. And I fulfill my responsibility and I’m glad to do that.”

Looking back at his actions, Schwarzenegger says, “If you would have asked me 10 years ago, five years ago, two years ago, what is the most important thing in my life, I would tell you over and over, it’s my marriage, it’s my family. So the thing that really meant the most to me kind of fell apart because of my doing. That is something that I will always look back and say, ‘How could you have done that.’ ” 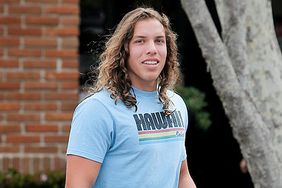 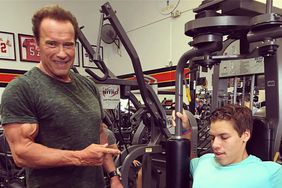 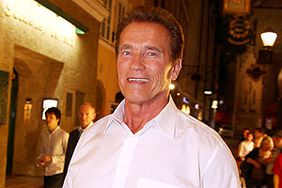